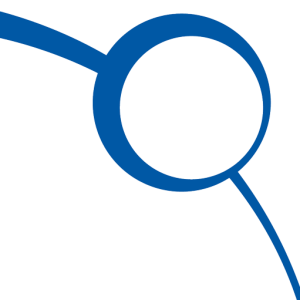 It’s official: Popeye’s has now sold out of their famous chicken sandwich a month early, after a massive event that spawned memes, news anchor debates, widespread social posts about long lines, and Twitter commentary from all sorts of rival restaurants. In short, the perfect dream for a restaurant chain.

In the aftermath, a whole lot of restaurants are asking themselves if they’ll ever be able to create a sensation like Popeye’s chicken sandwich – a trend so large it’s inspired chicken sandwich sales in many other fast food brands. The good news is that it is possible! Popeye’s sandwich craze isn’t necessarily about the ingredients (a simple formula of fried chicken, brioche buns, pickles, and sauce). It’s about good marketing and tapping into social forces: Here’s how you can do the same thing.

Understand the zeitgeist of eaters in your area! Watch what they talk about, what they take pictures of, what foods they rave about, and what they’re willing to stand in line for. Watch where they drag their friends, and what dishes they keep re-ordering. Your followers and other food fans on social media like Instagram, Facebook and Twitter are a wealth of information on what trends are hitting it big.

Watching these groups – what Popeye’s calls “organic conversation” – will also give you an idea of how people are talking about food. Use this knowledge to craft strong social campaigns of your own using similar language, phrases and terms to help tap into discussion. Remember, people like talking about food. This will always be one of your greatest online advantages.

Pick the Right Food or Dish

Sometimes society forms a food obsession all on its own thanks to the perfect mix of taste and timing. Other times, you can give people a nudge by picking one of your tastiest dishes and running a marketing campaign about just how popular it is. Look for a meal or food item that people have talked about in the past – something that appears to grab their attention. It doesn’t have to be particularly fancy or complicated! Remember, Popeye’s’ sandwich was just a few ingredients. But you should pick a food that has as broad an appeal as possible, something a large audience won’t mind trying.

Try a New Twist on an Old Favorite

Still trying to think of the right dish to advertise? Take a note out of Popeye’s’ book, and create something new out of past favorites. Popeye’s smartly combined two perennially favorite foods, a burger and fried chicken, into one easy-to-eat meal, and it paid off very, very well. Look to your own offerings and see what popular foods you could combine, or add a new, exciting taste to. Spice things up a little (not too much), add BBQ flavor, switch how a food is served…and be patient. It took Popeye’s, a restaurant chain with a lot of resources, more than a year to develop its fried chicken sandwich.

Create Hashtags to Fuel a Craze

Hashtags allow your meal to become a true trend online by giving people an easy way to tag their photos, posts and conversations so that everyone (including algorithms) knows what they’re talking about. The chicken sandwich craze was born on hashtags like #popeyes, #popeyeschicken, and #chickenwars. These work well for what became a national event, but try making your hashtags as specific as possible without being too complicated. You don’t want tags that could be confused with anything else. Focus on using your brand name and the name of the dish that you are focusing on. If you don’t have much experience with hashtags or how to use them effectively in a marketing campaign, check out our Internet Marketing Services  page and we’ll be glad to help out.

Use Posts and Emails That Tap Into the Emotion of Eating

Eating is an emotional experience for people. We already suggested watching how people talk about food in your area so you can learn effective phrases and tones. But it’s important to adopt emotional language throughout this marketing campaign so that people can relate to your message. The very first tweet that Popeye’s sent about its sandwich is a perfect example of this. On the face, it’s very simple: A picture of the sandwich and a message saying,

Look at how much this post accomplishes. It lets people know what the sandwich is made of, where they can get it, and how good it is, plus a quick, relatable joke. The language is reminiscent of how people rave about their favorite foods to friends, too. Keep this formula in mind when you craft your own social media content!

Bring this Signature Dish to Events and Contests

If you decide on a meal that shows great promise of trending, get it beyond your restaurant doors! Create a pop-up stand so you can sell it at event around your area. Offer it as a free meal prize or consolation gift for local contests and festivals. You’re proud and excited about your food, and you want it in as many mouths as possible: Set up channels to make this possible. This is a great way to grow interest early on in your campaign when awareness is still your main goal. Also check out local volunteer groups and see if you can offer to cater to any hungry volunteers as an easy way to build your brand at the same time.

Yes, You Can Start a “War” with a Competitor

As Popeye’s started trending around the country, people started making comparisons with other sandwiches from other big brands – most notably, Chick-fil-A. This started a sort of war between the two brands across social media and beyond. While every competitor battle is serious business in some way, the brands also had a lot of fun with it. Popeye’s poked fun at Chick-fil-A for not being open on Sundays. Chick-fil-A brought their own sandwiches in to tired Popeye’s employees so they could have a free meal while working on the endless lines. So it went.

Ultimately, both brands benefited from this little war. If you have a competitor with a similar relationship, a “war” of your own could be a powerful marketing technique to attract interest!

Make Sure Your Menus and Advertising Feed the Narrative

Shine a spotlight on your favored food item by creating promotional materials for it, particular materials inside your restaurant. People who come in and look at your menus or advertising may not have seen any pictures or posts about that meal online. They won’t know what it looks like or what makes it so special. You need to tell them with clear language and visible images.

Be Prepared for the Challenges of Fame

Finally, be prepared if your food trend really takes off. Popeye’s had to deal with complaints about long lines and waiting (which are fine in small amounts, but a problem over the long-term) and overworking their tired employees. Their supply line also couldn’t deal with the new interest in the long term, which is why the sandwich disappeared more than a month early. When demand experiences a sudden shift, it can be difficult to keep up. Have a plan ready for your workers and resources if a surge does manifest.

How to Kick Start a Video Marketing Campaign

IGTV or YouTube? Ten seconds or five minutes? Scripted or unscripted? There are a lot 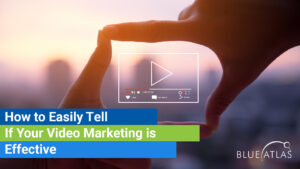 How to Easily Tell if Your Video Marketing is Effective

Everyone will tell you that video marketing is a vital part of online campaigns, but

Early Signs Your Marketing Efforts are Going the Wrong Direction

If your marketing efforts are running into trouble, then it’s important to find out now

ROI is one of the easiest indicators to run for marketing efforts, making it a

The purpose of this kit is to give you simple tools that help you build a complex and successful website redesign plan. With an actual plan for your new website, everyone understands what success looks like and how to achieve it!
Learn More
Learn More
Menu